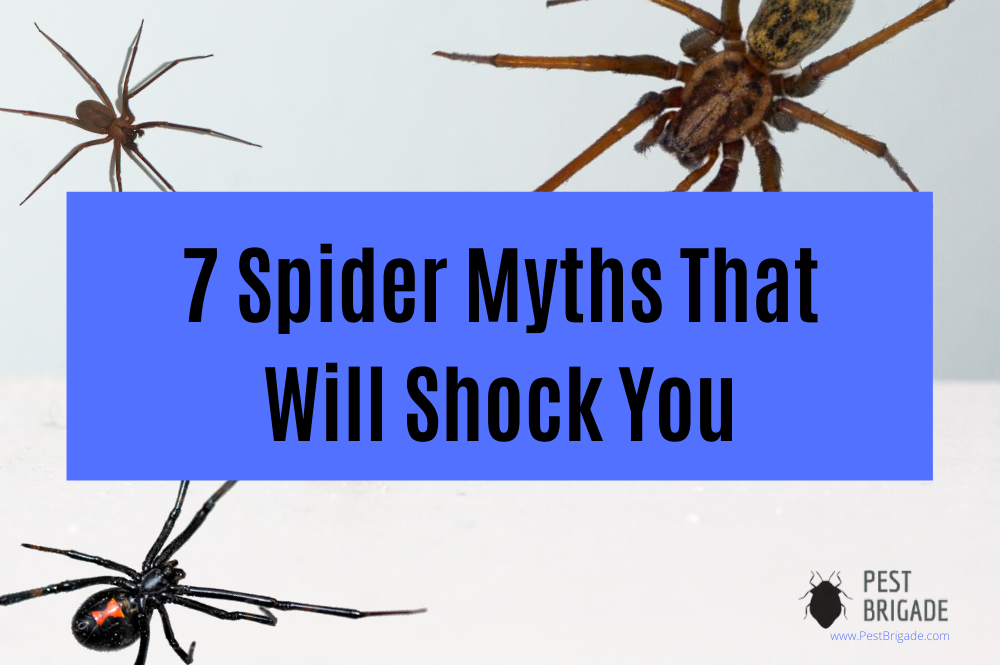 There’s no denying that spiders are pretty creepy- even if you (for some reason) love them.

We’ve all heard a few “spider facts” in our lifetime, but are any of them actually true?

Today, our experts are debunking all the famous spider myths and urban legends.

Find out if humans actually eat 7 spiders a year in their sleep, or if peppermint really does kill spiders. Keep reading for the real hard facts on spiders!

Are there venomous spiders in America?

Do we eat 7 spiders in our sleep yearly?

No – It’s very unlikely. In fact, there’s never been a real study on this horrifying urban legend. This “fun fact” was actually created by a scientist in 1993 to show how quickly people will believe fake facts without conducting additional research. Generally, spiders will try to stay away from predators like humans so they won’t be devoured or consumed. Humans also move far too much in our sleep for a spider to even “accidentally” crawl into our mouths.

Do spiders eat their own webs?

Yes, many spider species, especially orb web-spinning spiders, will eat their own webs! The silk from the web contains a lot of protein. Evidently, it also takes a lot of energy and protein to also make webs. Spiders will break down amino acids to make up for all the lost protein, and make even more silk.

Do Spiders have bones?

No, spiders have exoskeletons! Exoskeletons are the hard exterior or outer shell of an animal. Many other animals such as beetles, snails, and armadillos also have exoskeletons. Younger spiders will eventually need to molt, or shed their exoskeleton in order to get bigger.

Yes! If you’ve read up on Diatomaceous Earth (DE), you would know that it’s been used as a more natural solution to kill a number of pests. DE works by breaking down the exoskeletons of insects, then will continue to attack the pest internally. However, in order for DE to work effectively, it needs to come in contact with the spiders directly.

Yes, Raid is an incredibly powerful solution used to kill spiders. Raid is often used to kill ant infestations, but it’s just as effective on other pests like spiders. Raid recommends spraying their product directly onto spiders you find. Raid also has a few helpful tips to keep spiders out of your home such as:

Yes/No– peppermint oil won’t kill spiders directly, but it does create a protective barrier and deters them from entering your home. Insects, or arachnids in this case, will generally stay away from anything with strong smells. There’s a lot of other essential oils you can use to get rid of pests, but do use caution around pets.

Are there any other spider myths you want us to debunk? Let us know in the comments below!