Read This Before You Decide to Trap Murder Hornets 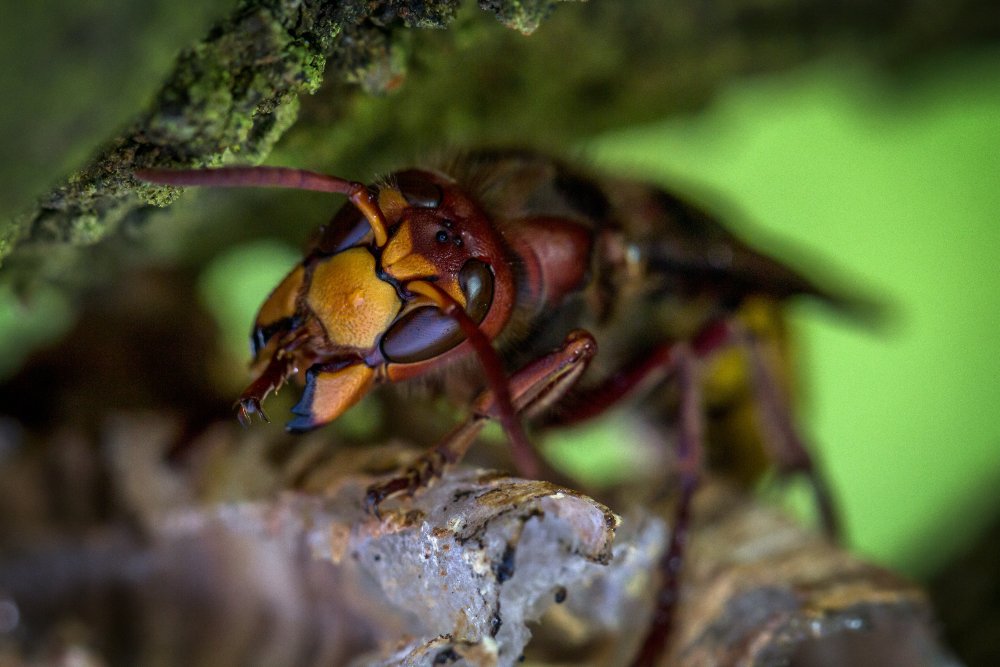 A recent article by the New York Times went viral about recent sightings of what is popularly referred to as “murder hornets.” Now, thousands of Americans are tempting to trap and kill them in order to prevent these pests from spreading. Although they seem like just another terrifying sign of the apocalypse, they’re not as scary as you think they are.

We’re not going to lie, they can be pretty dangerous. Thankfully, the experts at the Washington State Department of Agriculture (WSDA) gave us some insight as to what they are and what you need to do to trap murder hornets.

Currently, the WSDA is spending the summer trapping and tracking the hornets back to the original colony. The goal currently is to eradicate them, if at all possible. However, slowing the spread of these hornets will be the next best option.

What Are Murder Hornets

In case you don’t know what murder hornets are, we got the WSDA to explain a bit more background on them. If you want to know more about what they are, check out our article on these hornets.

Everyone knows these bugs as murder hornets, but they’re also referred to as Asian giant wasps, along with some other nicknames. What are they actually called?

Asian giant hornets. Wasps, bees, and hornets are all different types of insects.

Are they an invasive species and are they harmful to our ecosystem?

Yes, they are an invasive species. Since this is their first introduction into the United States, the exact damage that they might cause is unknown. However, there is definitely cause for concern that they could negatively impact our insect populations that have no defense against them, especially honey bees.

This could have an indirect impact on pollinations that so many of our state’s crops depend on. Additionally, the hornets can also directly attack (eat) soft fruits, which would make them unmarketable for farmers.

How dangerous are they to humans and pets?

Asian giant hornets do not generally bother people or pets unless they feel threatened. As far as the human health impact, they can deliver a dangerous and painful sting which could cause serious health issues for people who are allergic and even others if they are stung multiple times.

Why do we want to get rid of them?

Can you/should you kill them?

We’ve had people sending in pictures of bumblebees that they have killed thinking they were Asian giant hornets. So no, don’t kill them, please.

Instead, if you can safely get a picture report it to us on our webpage. If you come across a dead specimen that you think may be AGH, collect it, photograph it, and report it online.

Then put [the suspected hornet] in the freezer until the WSDA can verify whether it is an Asian giant hornet or not. We may need to collect the specimen to verify it.

Please note that the only confirmed sighting of Asian giant hornets have been in Washington’s Whatcom County and parts of British Columbia. If you live outside of these areas, it’s unlikely you’ll find Asian giant wasp or a “murder hornet.”

If you do feel the need to report the sighting or have questions about what you’ve found, contact the WSDA or your state’s department of agriculture.

Many people want to help slow or stop the spread of Asian giant hornets. However, unlike regular hornets and other insects North Americans are familiar with, trapping Asian giant hornets is a little different. We also asked the WSDA what people need to know about that process.

Is it possible to trap them?

Yes, we [the WSDA] will be trapping for them and have a volunteer trapping program as well. We ask that people not put up traps until July because [at this time] you will probably only catch native insects.

Would you recommend everyone try to trap them to stop them from spreading?

No… At this point, we have no indication that they are outside of Washington State and British Columbia.

Please note that unless you live in the Western Washington area or in certain parts of British Columbia, there’s no reason for you to attempt to trap Asian giant hornets.

How do you recommend trapping them for people who want to try?

People should follow the directions [on our webpage] exactly. It is a commitment, so review before you begin.

Any bees, wasps, or hornets caught in the trap [will need] to be sent to us, and photograph everything else.

Is trapping dangerous? How much do you have to commit to trapping them?

Trapping is not inherently dangerous, but it does have some risk. People should review the trapping instructions and warnings.

Anyone who already knows they are allergic to bee or wasp stings should not trap for AGH.

What Should Everyone Else Do?

If don’t live in western Washington or in British Columbia, you might be asking what else you can do about Asian giant hornets.

What more can people do to protect themselves from the murder hornets?

There is nothing [people] need to do to protect themselves. At the present, there is very little threat to most people from Asian giant hornets. If you live in an area where they have been seen, you should be aware of what they look like and know how to report it.

If you see one, just calmly walk away. Most likely, if you leave them alone they will leave you alone. The bigger risk is to honey bee hives and possibly stepping on a hornet nest, as they nest in the ground.

What should you do if you spot one?

Take a photo if you can safely and report it to our website or your state’s department of agriculture. Again, if you find a dead one, collect the specimen and submit a photo to us. Next, put [the dead hornet] in a baggie in the freezer until the WSDA can confirm whether or not it’s an Asian giant hornet.

For more information about about Asian giant hornets or anything referred to as a “murder hornet,” please contact the WSA or your state’s department of agriculture.

Pest Brigade only uses reputable sources, and recommends everyone follow the advice of the WSDA.