How To Get Rid of African Big Headed Ants 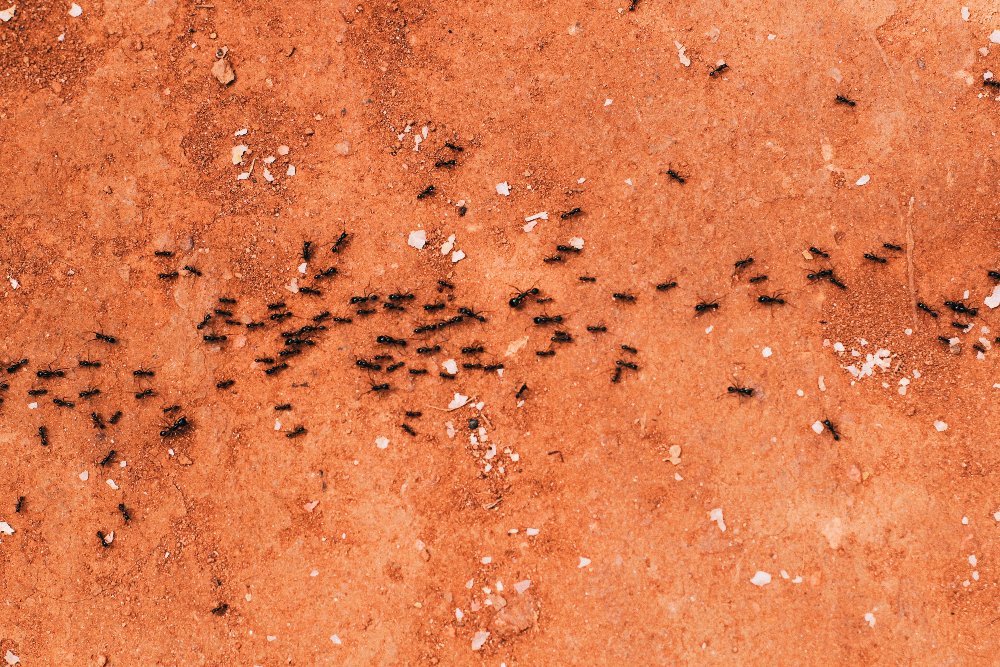 Pest Brigade got the chance to hear about her real-life experience and how this particular call went. Beth’s story shows homeowners why they need to be proactive with their pest control. Proactiveness prevents invasive species like the African big headed ant. For this interview, Beth has asked that Pest Brigade use a pseudonym for privacy reasons.

It was just another typical ant infestation call for exterminator Beth. Beth has worked as a pest control tech for almost five years, she’s seen plenty of ant-related problems before. In this particular call, the homeowner believed he found dead ant bodies in the house.

At first glance, even an expert would think that the strangely shaped ants were just termites. Upon second glance, Beth found that these were not the typical carpenter, sugar, or even fire ant. This infestation was actually an invasive species, the African big headed ant!

What Are African Big Headed Ants

Beth explains to Pest Brigade that she realized they were African big headed ants and not termites because the ants “are significantly smaller in size, with the minor worker being 2 millimeters, the major [worker] being 3 to 4 centimenters.” Other ways she was able to tell these were African big headed ants had some of the following characteristics:

Subterranean termites are barely an inch in length, and soldiers will have bigger heads with powerful jaws or “teeth.” These types of termites would also need more moisture from the ground, as they “require cellulose to live,” Beth concludes. This infestation found itself in the foundation of the home.

According to the University of Florida, African big headed ants are some of the world’s worst invaders, doing more damage to the environment than imported fire ants! Although these ants don’t do much harm to humans, they can severely damage the ecosystem along with other native ants.

They are invasive and are sometimes considered a danger to native ants… they usually don’t bite, and even then, it’s not painful.

Although African big headed ants don’t pose much of a threat to humans, they do hurt the environment just like any other invasive species.

They [can be found] mainly nest in lawn, trees, and sometimes in a dwelling. Most people won’t know they have an infestation until they are forging in the home.

This particular call was for an elderly homeowner, who had no idea how badly the ants had taken over his property. Thankfully, the ants “do no damage, [they’re] just a nuisance when they leave piles of loose sandy soil,” and they can be easily handled.

If you catch it quickly, it’s easier to treat and get under control. Get your lawn treated several times a year. That may help keep any species of ants at bay.

Beth recommends that homeowners be proactive with their pest control care. Homeowners can prevent ant infestations like this before they happen by working with an exterminator to safely spraying their lawn.

We’ll treat it with a granular product and follow up using a liquid insecticide. Some treatments may need to be done back to back to gain control over the infestation.

Other surrounding properties should also be sprayed according to Beth. Although this might be a nuisance, this can actually save entire neighborhoods from these invasive species along with other infestations.

“If the treatment is done correctly and the surrounding homes are treated as well we can usually get them under control quickly. But it may require several treatments,” says Beth. If your home does have an invasive species infestation just like the African big headed ant infestation, let your neighbors know right away.

Beth’s story shows that the biggest mistake homeowners can make with infestations, is to ignore the problem. Regardless if they’re invasive African big headed ants or just regular termites, they need to be handled quickly. The only way to effectively diagnose the problem and ensure that the infestation won’t escalate is by working with a qualified exterminator like Beth.

Preventative lawn sprays are relatively inexpensive and can prevent a number of pests. To talk to an exterminator in your area, call the number at the top of your screen to find one of Pest Brigade’s qualified partners today.