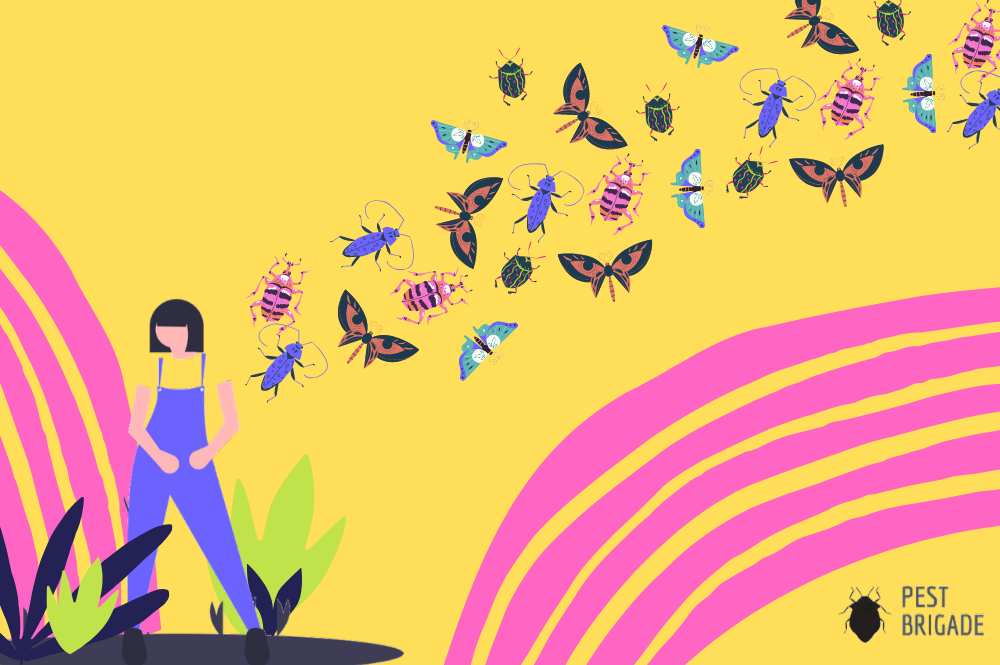 Imagine this: you have a horrible cockroach problem and you call your local exterminator for a quick at-home consultation. When you answer the door, you’re shocked to see a charming woman ready to get to work on those creepy crawlies.

Now, most people don’t think that pest control, let alone being an exterminator, would be an ideal job for a woman.

But when you think of how much more women hate bugs and rodents, it would make sense that they might want a job where they get rid of them all day. Aside from having to kill nasty pests, pest technicians also require:

Women are still a minority in the pest control industry when it comes to working out in the field, but they still account for the majority of office staff.

Only an estimated 8.4% of pest technicians in North America are women.

As you could imagine, there’s a lot of struggles being a lady in a male-dominated industry. However, there is an upside to this.

Find out what it’s like to be a female in the pest control industry, and why you might want to consider a career in pest control.

Extermination is a Pretty Ideal Job

Okay, hear us out before you judge. We know most girls don’t think of becoming an exterminator when they grow up, but it’s an incredibly ideal job!

You don’t need a lot of formal education to get started as a technician, and there’s lots of room for growth.

Throughout your years as a technician, you’ll receive training that can add to your growth as an employee.

Pest control is flexible, making it a perfect career if you have kids and other obligations. Most technicians earn around $35,000 a year when they first start, and you can also make upwards of $71,000 with the more experience you have in the industry!

So despite having to deal with pests all day, pest control is a decent career, especially for women.

There are Some Downsides

As you could imagine being a minority in any industry, female technicians deal with a bit of sexism.

From the technicians we spoke with, it comes from both the customers and coworkers. Despite the amount of female technicians doubling in numbers since 2014, people are still shocked to see a female exterminator show up at their door.

The number of female techs is expected to increase by over 20% over the next couple of years. However, the obstacles women overcome end up working out in their favor.

I’m the first and still the only female tech in my area, so I think it was a bit of a shock to the male customers. Female customers love me and always have. I live in a small town in Missouri so that may explain some of the reactions. I’ve won over most of my problem customers in the last 4 years [as a technician].

Similarly to a lot of other industries, female techs in managerial positions have their work put under more scrutiny than their male colleagues sometimes.

One person requested that a female not come back because they didn’t think I could do as good of a job as a man. And most of my technicians think I am [nasty] because I’m their boss, but if a man was their boss they would have no problems with [their] authority.

But There’s a Strong and Supportive Community

Despite having to navigate through closed-minded individuals, there’s a large community of support in the industry. Facebook groups like Women in Pest Control have over 700 female members supporting one another.

As Debbie from Louisiana shares,

“We are still a small percentage, but are extremely supportive of each other professionally. The first Women in Pest Control conference last year was a fine example [of the support]. No men were allowed in, and the atmosphere was fantastical and helpful.”

At one point during the interview, techs Stephanie (Florida) and Kat (Texas) shared their struggles:

“Finding pants from a uniform company that actually fit without the crotch being at your knees.”

They were able to share some work-appropriate pants recommendations with one another.

And the Customers Will End Up Preferring a Female Tech

“I always get positive feedback and have great experiences,” writes Jade from Texas. Many of the technicians we interviewed shared that despite the fact that their customers were shocked to have a female tech, they ended up preferring their services!

Female techs are often more detail-oriented, and some customers are more comfortable with them.

I had to prove myself to our customers more than the guys. But word’s gotten around [about my work] and now I have people looking for me… when I worked with [my old company] the pickiest [tech] allowed me on his properties while he was gone on vacation. That was a high honor.

For a lot of female and minority customers, they end up pleasantly surprised when a female pest technician is on their case.

Kat from Texas said that “a lot of women are uncomfortable with the idea of letting a man that they don’t know into their homes, especially if they are home alone or with the kids. They feel a little more at ease with another woman around.”

So really, hiring female pest technicians can actually be quite beneficial to any pest control business.

“I feel a little more connected with my female customers when I make lighthearted jokes about bugs. I understand how they feel! When my husband and I were dating, I even called and tried to convince him to kill an American Roach for me. Of course, I got over it- now it’s the punchline of my favorite joke. It’s lighthearted and tells my customers that I’m human too.”

Consider a Job in Pest Control

Despite some of the downsides, the pest control industry is changing.

Becoming a pest technician is incredibly beneficial for those wanting to grow their skills as an employee. The job offers flexibility and creates connections between members within your community. If you have questions about jobs in the pest control industry, call the number at the top of your screen to speak to someone in your area!